Last Thursday a contentious 5-2 vote by the San Francisco Board of Education saw Alison Collins removed from her position as board vice president. However, in a move worthy of former Iowa Rep. Steve King, she refuses to resign her position even after justified public censure of her offensive views. She has, halfheartedly, apologized not for her words, but for being caught at having said them and now would like those offended to simply shut their mouths so the issue can go away.

Despite being an Asian Californian, educated entirely within California’s public school system, I do not object to Collins as a private citizen in 2016 expressing her views on people of Asian descent, even if I strongly disagree with them. I do not object to the language she used at that time to make her point. I object to the fact that in 2021 she refuses to recognize that her own prejudices and, yes, racism are the cause of her current misfortunes.

Collins’ comments of 2016 are rooted in broad generalizations and assumptions about a group in California that has long been attacked, denigrated, marginalized, and killed. They are based on a belief that Asian Californians have unfair and unearned access to wealth and opportunity, which they only gain through cooperation with institutions of structural racism. The difficulties of immigrant families integrating themselves culturally, linguistically, and economically into California she utterly ignores. The struggles of communities against centuries of institutional and societal racism are apparently meaningless.

Clearly in Collins’ view, all Asian Californians (or at least San Franciscans of Asian descent) are millionaire racists seeking exclusive educational enclaves for their spoiled and entitled children. She says she has observed certain behavior under certain circumstances by certain members of a group. Using this limited and narrow “knowledge”, she even now defends what she believes are definitive, factual statements about students, parents, and faculty of Asian descent. That is the very definition of prejudice and racism, a fact which Collins does not seem to comprehend. For a candidate who made much of her experience as an educator, perhaps it’s time for her to try being a learner.

There are undoubtedly anti-Black sentiments to be found in segments of the Asian Californian community, just as there are anti-Asian feelings in parts of the Black Californian community. Collins seems to believe that the former justifies the latter. However, the California National Party, unlike apparently Collins herself, is opposed to ALL racism, regardless of its source or target. As an elected representative, Collins’ duty is to serve the needs of all San Francisco students, regardless of their background, a duty which her words then and now show she cannot perform in a trustworthy manner.

The California National Party therefore demands that Collins resign her post from the San Francisco Board of Education to make room for someone who is willing to work for all San Franciscans. If she refuses to do so, then we call on the government officials of San Francisco to remove her. Should they refuse, then it is up to the voters and citizens of San Francisco to do so. It must be made clear that there is no place for racism in San Francisco’s education policy and that only those who have shown a willingness to treat all students, parents, and faculty with respect and dignity should serve as our elected representatives. 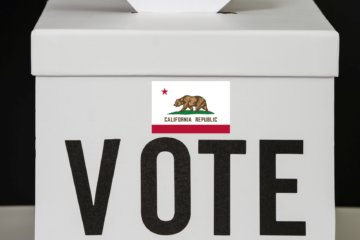